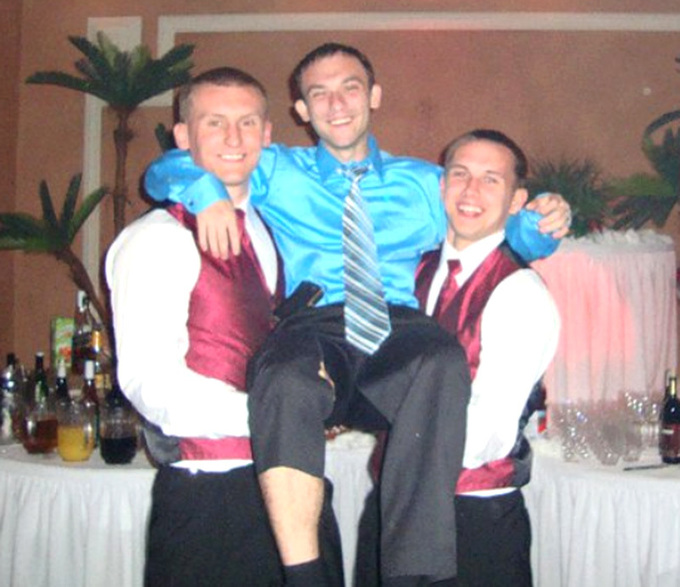 The fact of work-life: when the boss casually mentions his adorable daughter is selling Girl Scout Cookies, you‘re going home with three boxes of Tagalongs that day. And when the boss says he’s looking for a few good women and men to compete in a worthy sports charity event, and you’re an avid runner, you’re now on the list.
Such are the innocent beginnings of a great re-awakening for Mark Mol of Macquarie Investment Management in Philadelphia. Mark works at the sales desk. Smile and dial. Little did he know that an ingratiating nod to the higher-ups at his office would lead him to rekindle a family relationship, meaningful, but lost in life’s 20’s something translation.
A future Temple University grad, Mark came from Poland to Philadelphia at a young age. Like many immigrant families, Mark was welcomed in his new homeland by a breadth of previously immigrated family. That means cousins.
Mark grew particularly close to his cousin, Greg Mol, a couple of years older than himself, and super cool.  Cousins are amazing. They’re like brothers or sisters, but they don’t steal your clothes or hog the bathroom. So much better.
Mark’s summer hangs with Greg turned into a great familial friendship, but not long enough before Greg was diagnosed at the tender age of 11 with gall bladder cancer. Mark didn’t see much of Greg over the next several years as his cousin went through brutal bouts of chemotherapy.
Greg’s young body finally rejected cancer, but it returned at fifteen. Mark remembers his older cousin returning for even more chemo. The side effects of the intentional poison streamed through Greg’s bloodstream to produce a seemingly finally victory against cancer took a brutal toll. Sixteen years later, Greg remains beset by internal organ issues, infections, and recurring pneumonia that routinely require him to be hospitalized. 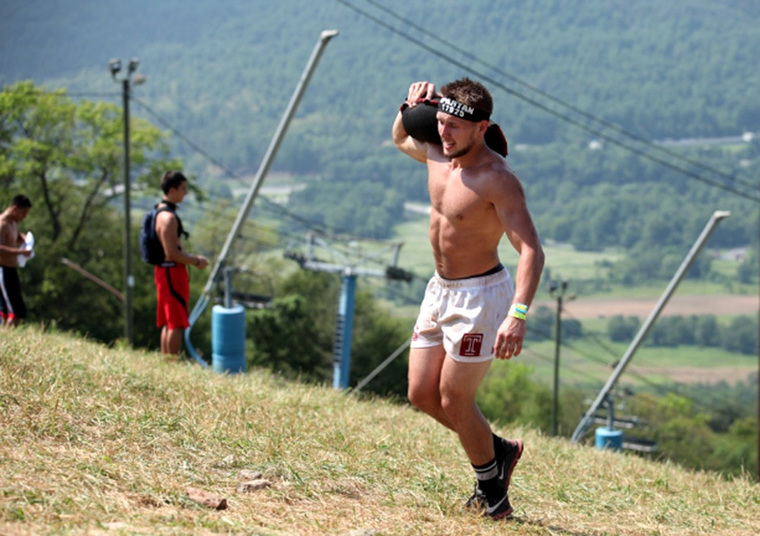 A former rugby player at Temple, Mark keeps the fire burning and the legs pumping.
Speaking to Mark you can sense the tear in his heart for the lost closeness with his cousin these past many years. Illnesses in families cast a long and confusing shadow. Mark’s somewhat serendipitous decision to sign up for The D10 would heal that unintended divide.
The D10 brings together executive athletes, typically rising professionals, to train for a decathlon-meets-NFL-combine style on-field Game Day. A chance to rekindle for these former college and high school athletes the thrill of entering the stadium for a hardcore day of competition.
Underpinning the mission of The D10 is athlete fundraising on behalf of pediatric cancer research. Not only are the charity dollars desperately needed for this vital research, but the process itself translates the ego of the athlete into the purpose of the socially-committed fundraiser. Anybody worried about the future direction of our nation should visit a D10 event to meet some future leaders.

While Mark has competed regularly in the Broad Street Run through the streets of Philadelphia, and similar events enticing to former college athletes like Mark, The D10’s charitable mission not only awoke a spirit of giving in Mark, it put him in direct connection back with his cousin Greg.

Greg’s continuous willpower to fight against his condition gives me all the motivation I need to train and compete in The D10.

Funds raised by D10 athletes support endeavors like MSK Kids, Sloan Kettering’s children’s cancer initiative. The very type of research and advancements that would have greatly benefitted Mark’s own cousin as a young man. Not merely cures, but methods of treating cancer that provide for much better long term outcomes for post-cancer lives. 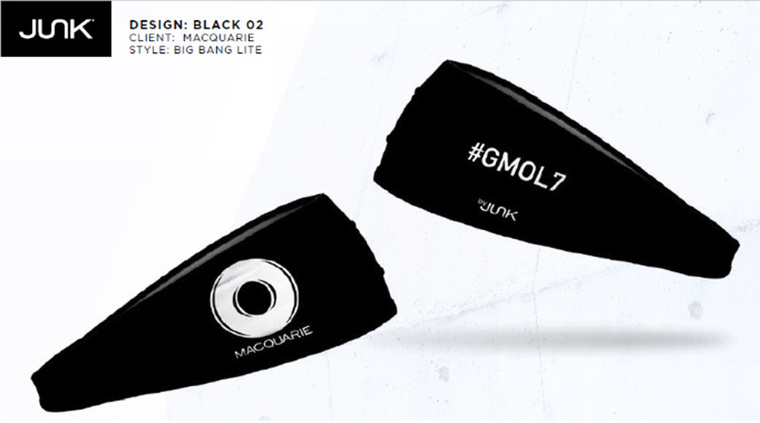 Mark and Greg designed these headbands to honor Mark's D10 commitment and raise money for charity.
In the past two months since forming the “Delaware Large Jacked Value” four-man team from Macquarie to compete in The D10 Philly on July 20th at Franklin Field, Mark has reacquainted himself with his cousin. Childhood friends united as brothers in adulthood.
And there has been training. Mark has been working out with The D10 Philly’s director, Philadelphia native, Anwar Jones, who’s been hosting regular hardcore workouts at Everybody Fights Philadelphia and other locations around town for D10 athletes. Mark claims he’s done more than 5,000 burpees, though he admits that may be a slight exaggeration. The D10 puts you in the best shape of your life.
Mark is dedicating his D10 Philly training and competition to Greg. He created the GMOL7 hashtag, for his cousin Greg (inexplicably a Michael Vick, #7, superfan from back in the day). Mark will be wearing Greg’s mark on his headband in the heat of the Philadelphia sun on Saturday.

I'm so proud! When Mark first told me about The D10, I was really excited about having one of my best friends competing for a cause that really hits home for me. Then when he told me he wanted to compete in my name, it truly meant the world.
My advice to other kids currently under care would be to stay positive, keep fighting, and never give up. After 20 years of battling with this condition, I’ve learned the power of positivity and the law of attraction. If you think in positive terms, you are much more likely to get positive results and not to mention, you feel happier.

Greg will be cheering for his cousin from the stands this Saturday. Not merely for victory on the field, but for their reconnection moving forward.
The charitable heart is never empty. You may join endeavors such as The D10 at the behest of a superior at work, only to discover you’re enriched in ways you never thought possible. Tagalong cookies are amazing, but nothing quite like this.

We'd ask you to donate to Mark's fundraise for children's cancer charity, MSK Kids. His effort in the Philly heat at Franklin Field is on behalf of children so afflicted as his cousin, Greg.
Next Post Previous Post 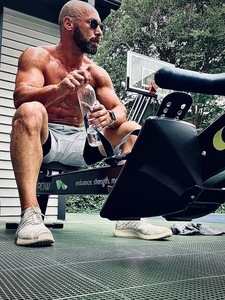 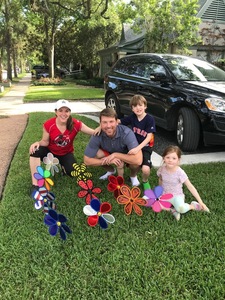 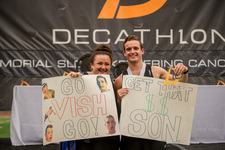