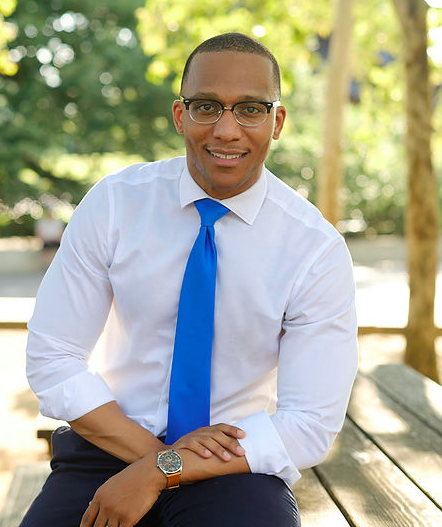 By his own accounting, Christian Menefee has spent "a few years of my life in the pediatric ward."

Christian's older brother Patrick fought multiple bouts with leukemia growing up, receiving life-saving treatment at MD Anderson Cancer Center in Houston. In support of his brother, and his family, Christian spent many long nights and full days on the ward while his brother battled.

Having internalized the importance of both medical care and emotional support to the afflicted, Christian later spent time volunteering in the pediatric ward, and it was this personal connection to the mission that led him to The D10 community in 2017.

In addition to training for his third D10 Houston, Christian, an attorney at Kirkland & Ellis, has now answered a different call to service: he has mounted a campaign for County Attorney in Harris County, in which capacity he would be the top legal officer for the County's civil interests, including county medical facilities.

"It's a full circle thing for me," Christian laughs. Challenging a three-term incumbent at the age of 31 generally qualifies a candidate for underdog status, but Christian will hear none of that. "A type-A person in the private sector does not run against a primary opponent unless you have a really good shot. I intend to win."

Amidst the demands of profession, family, campaign, and training, Christian recently took time out to speak with The D10 about his plans for this November, and the November after it.

Had you always planned on making public service part of your life?
Yes, I always wanted to serve in public office. I come from a working class family; my grandfather was a union guy, and my father and mother were both in the military. Over time I developed an affinity for putting myself in position to advocate for people. As a lawyer, I want to use the law to make people's lives better. I thought public service might be ten or fifteen years in my future. But then a friend of mine asked me if I knew somebody who would take this on. I thought about it, prayed about it, and I realized, This is my race to win.
Does raising money for your electoral campaign have a positive spillover to your fundraising as a D10 athlete?
I wish I had a better answer here. But here’s the honest one: I do not plan to fundraise for D10 this year because it will take every dollar of my donor network to win my race for Harris County Attorney and effect meaningful change in our county. That said, each year I set aside [x]% of my income for charitable causes. I’m using a portion of that to meet my fundraising obligation for The D10.

Your brother Patrick, the namesake of your D10 team, Patrick's Phalanx, is "3-0" against leukemia. Tell me a bit more about his character and personality.
Patrick is easily the most interesting person I know. His perfect mix of hyperactive thinking and obsessive interest with past events gives him the odd talent of retaining (what some would say is unimportant) historical information. For example, if you asked him, he could likely name the executive producer of The Goonies…cold. And he could probably also tell you the exact date Owen Hart passed. He would then move on to telling you about JFK’s chronic health issues. He takes great pride in remembering these types of things. Conversations with him are never boring. His preferred competition is one of recalling and discussing historical events. 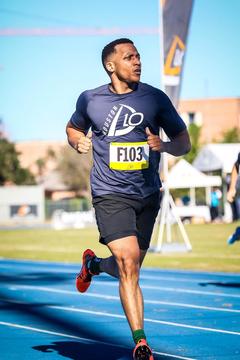 This year it's Patrick's Phalanx. Last year, it was Patrick's Platoon. Why the martial motif, in the first place? Why "phalanx" in particular? And what does Patrick think of the name?
Ha! Yea, total military vibes here. Both of my parents served in the military (nearly 30 years for my pop) and both prioritized habit over creativity. So now whenever I attempt to be creative, I resort back to my habit of associating things with the few themes of my childhood. The first year I formed my own D10 team, I was attempting to be creative with the team name and landed on picking an alliteration that relates to the military.

The loose connection in my mind was Patrick got world class treatment to beat cancer because he had great insurance. He had that great insurance because our father was active duty military. The military supported Patrick, so you should make the team name something that makes people think “military” so that you can tell this cool story if asked.

I landed on “Platoon.” The name was fine, but each time I talked to Patrick about it, his historical information switch would click, and he’d remind me that “Platoon came out in 1986 and was directed by Oliver Stone. Charlie Sheen and Willem Dafoe were in it.” "Platoon" had to go.

I was thinking through other words that begin with “p” and landed on phalanx because I liked the comparison to how the Greek Phalanx was a warfare formation that drew its strength from the fact that the unified group had a much greater impact than the individual. When Patrick was fighting leukemia, my family came together spiritually and physically.

At times it felt like we were all alongside each other in formation, fighting for him to make it. The team name is symbolic of that. If you think all of that is a reach, you may be in good company - I just texted Patrick about the new team name. He said “lol, hilarious pun.” Patrick is a “hahahahah” kind of guy, so his response means he really doesn’t care for the name.

You played high school football. What sort of player were you, and what did you do to scratch that competitive itch during college and law school?
Defensive end and weakside linebacker. I weighed only 165lbs--I was going nowhere fast in Texas 5A football. My college did not have a football team when I was an undergraduate, so flag football was a big deal. I found friends who (like me) took flag football way too seriously. Fast forward 11 years later, many of those guys were in my wedding (avoiding the garter toss in the same way they avoided the big plays in undergrad). Similar story in law school at Washington University in St. Louis. Some friends and I formed a men’s team and a co-ed team (“Pro Bono Players” -- catchy, huh?), and ran the table on flag football against not only the teams from the various graduate schools, but the undergraduate teams as well.

As a third year D10 athlete, have you come to feel part of a larger community of socially minded athletes?
I definitely feel like I’m part of The D10 Houston community. True story: I’ve been part of the 5AM crowd at a certain gym since 2013. For a couple years I regularly saw this guy in there doing pull ups and bench press, but we never spoke. Who speaks to random people at the gym? A couple years back, I was at The D10 stretching, and whom did I see in the stretch line next to mine? The pull up/bench press guy.

We introduced ourselves and have been cool ever since. This year he’s competing as a member of Patrick’s Phalanx! The D10 Houston is electric. I can always feel the excitement and competitiveness in the air. It’s also one of the few competitions in which all of the competitors take performance super serious, but you don’t feel bad if you don’t perform as well as you had hoped. True definition of healthy competition.

Speaking of healthy competition, Dallas joins The D10 tour for the first time this year. Do you know anybody in Dallas who should be doing this thing in November?
As most Texans know, Houston and Dallas already have a fairly strong rivalry. I saw a meme yesterday that said “Houston and Dallas are like those friends who roast each other nonstop but will have each other’s backs if need be.” Ha, true. A guy I previously worked with named Brian Albrecht should be doing The D10 in Dallas. I’ll happily roast him if he isn’t.


Christian is giving generously to his own D10 campaign to fight pediatric cancer, and so can you. Make a fully tax-deductible donation in his name here. Learn more about Christian's platform and his campaign for Harris County Attorney here.
Next Post Previous Post 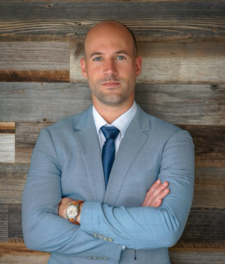 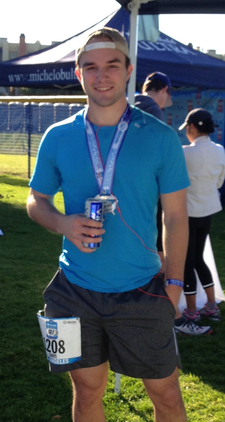 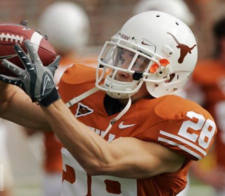